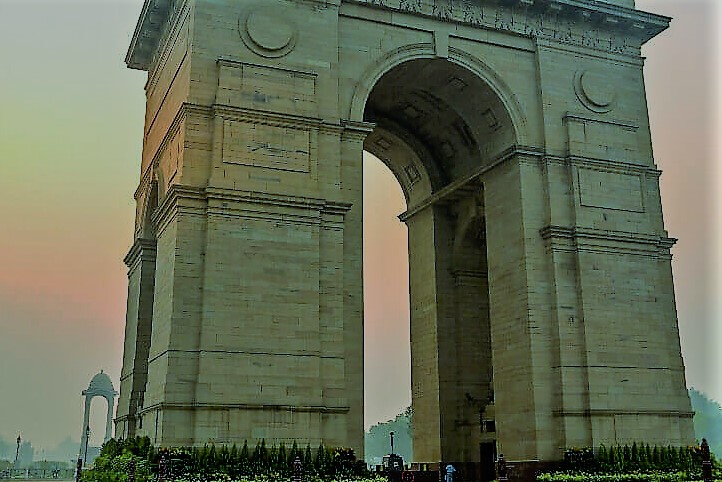 When Rome burned, Nero was away in his home at Antium. When he learnt of the devastation caused by the fire he rushed back and began relief measures by opening public buildings for the affected Romans. Check your History Channel if you don’t believe this. Yes! Even Nero rushed back and began relief measures! The time taken in those days to travel the distance from Antium to Rome is the same that it takes today to come back to Delhi from Kolkata. Need one say more.

The happenings have affected this blogger too and so the satire in this post may metamorphose in to some scathing comments. I offer my apologies. Delhi is reeling under stress. There is too much trauma and sadness all around. The happy chaos on Delhi streets…that cacophony of Delhi’s liveliness has been replaced by sirens of ambulances and screams of people gasping for oxygen. And this time there is no Nadir Shah, no Ahmad Shah Durrani responsible for the traumatic state of Delhi.

Look at the priorities of the government at Centre. It focused to ensure that work for the ill-conceived Central Vista* Project continues. Essential service – this one! Then it made sure that the Lt. Governor of Delhi, a person not elected by the people, is imposed as the ‘Government of Delhi’ under the GNCTD (Amendment) Act, 2021. The Minster for Health, sadly a Dilliwalah himself, kept jumping around making statements that are such an embarrassment. This government is majorly concerned of what the international media is reporting instead of focusing on correcting the situation. The External Affairs minister issued a diktat to all Indian Embassies to ‘manage’ the international media. Will someone tell S. Jaishankar, who suffers from these phases of intellectual bankruptcy, that New York Times is no Zee News or Washington Post no RepublicTV.

Our man AK seized the opportunity to score some brownie points – so typical of him. He put up his interactions with chief campaigner of BJP in West Bengal who briefly appeared in Delhi to play his other role of that of a PM – in the public domain. This act and the response to it – both reeked of politics of the lowest level. No solutions were reached or offered. All it did was to bring back images flashing in this blogger’s mind of the PM jumping on an aircraft to do an aerial survey of far flung areas affected by floods. Why are there are no images of the man visiting hospitals located within 7 km radius of his palatial bungalow in Lutyen’s Delhi? Remember, even Nero came rushing back to help the doubting Romans!

StateOfDelhi Suggests: Stay indoors and stay safe Dilliwalahs. And if you can, then support the Gurudwaras, those tiny NGOs, those Mohalla Committees, those boys and girls in the colony who are doing their bit to ease the situation. Ironically, the farmers who were protesting at Delhi borders, and were maligned by the Centre, have also been distributing free food packets. The doctors, nurses, paramedics, hospital administration staff have been at the forefront doing remarkable service to mankind. At least this one time don’t ridicule them by banging utensils from rooftops. Do something more worthwhile.

And while we were indoors - Delhi looked its best this spring